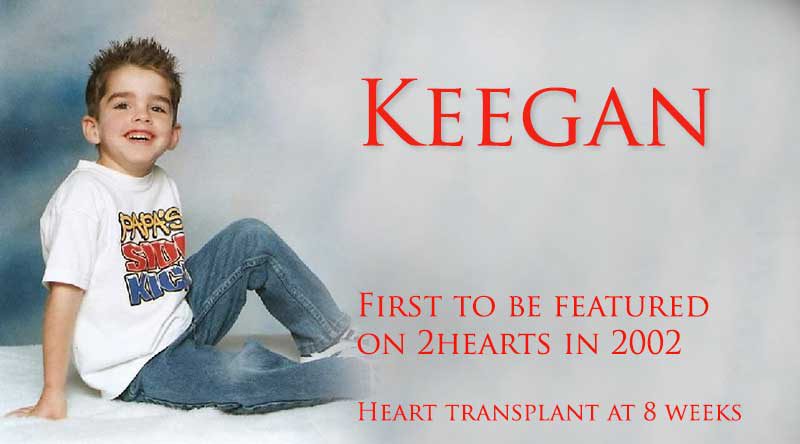 Shortly after Keegan’s birth he began having difficulty breathing. His pediatrician was called in to examine Keegan. She suspected a heart defect. When Keegan was less than 48 hours old he was bayflited to another area hospital where Hypoplastic Left Heart Syndrome was confirmed. When Keegan was just five days old he underwent his first open heart surgery – The Norwood Procedure. The surgery went well, with no complications. All appeared well for a while.

Keegan began having problems just two weeks later and underwent his second open heart surgery, an emergency surgery to repair a leaky valve and to narrow the shunt that was placed two weeks earlier. This surgery also went smoothly with no complications, but one month later Keegan was still not thriving on his own and was being paced 100%. At this time we were told the only option for our son was a heart transplant.

On May 12th of 2002 Keegan was moved again to another hospital who specialised in transplanting infants. Keegan immediately began testing to see if he was in fact a candidate for a heart transplant. He was, and the next day he was placed on the national registry for organs sharing. Next began the longest six days of our life. We waited for roughly one hundred and thirty-four hours for Keegan’s new heart. Considering the average wait time for an infant organ we hardly waited at all, but it seemed like an eternity. I received the call at 1 a.m. on May 19th that they found Keegan a new heart. He was immediately prepared for surgery and had his transplant later that morning.

He had no complications and recovered very quickly. Keegan came home two weeks later and is now a happy, healthy baby. We feel very fortunate and blessed to still have Keegan in our lives. So many times in his short life we have been so close to losing him. He is our hero, our little superman, and we feel honoured that such a special little boy found his way into our arms.

We want to thank you, but what do we say,
To let you know our true feelings today?
To express our gratitude and show appreciation,
To show you the heights of our joy and elation.

Keegan now smiles and he coo’s a lot, too.
This wouldn’t have been possible for him without you.
We’re so very sorry you suffered such loss.
We know your gift was given at such a great cost.

All of us want to thank you, each and every last one.
We know you are special for what you have done.
With comfort and peace, we ask God to bless you.
Just know we are thankful to God and you, too.

This is not the end of Keegan’s story this is only the beginning. As he continues to grow, may he find great happiness and much love. 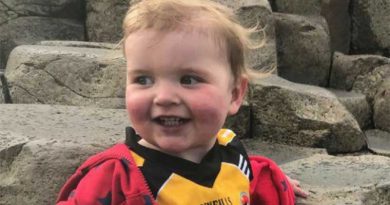 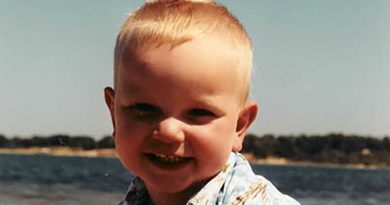 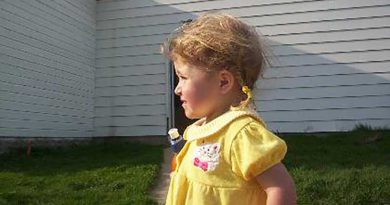 If you have a problem using this contact form, then email me on david@2hearts.org

How is your heart?

A sincere message to you using the illustration of My 2 Hearts. How is your heart tract (This link opens in

FAQs and how to join

Is 2hearts free? Yes, absolutely. Everything is provided at no cost and with no obligation. We do not appeal online